Kristof Deák’s ‘SING’: A True Story Of Ambition, Rejection And Solidarity, has been shortlisted for a 2017 Academy Award. 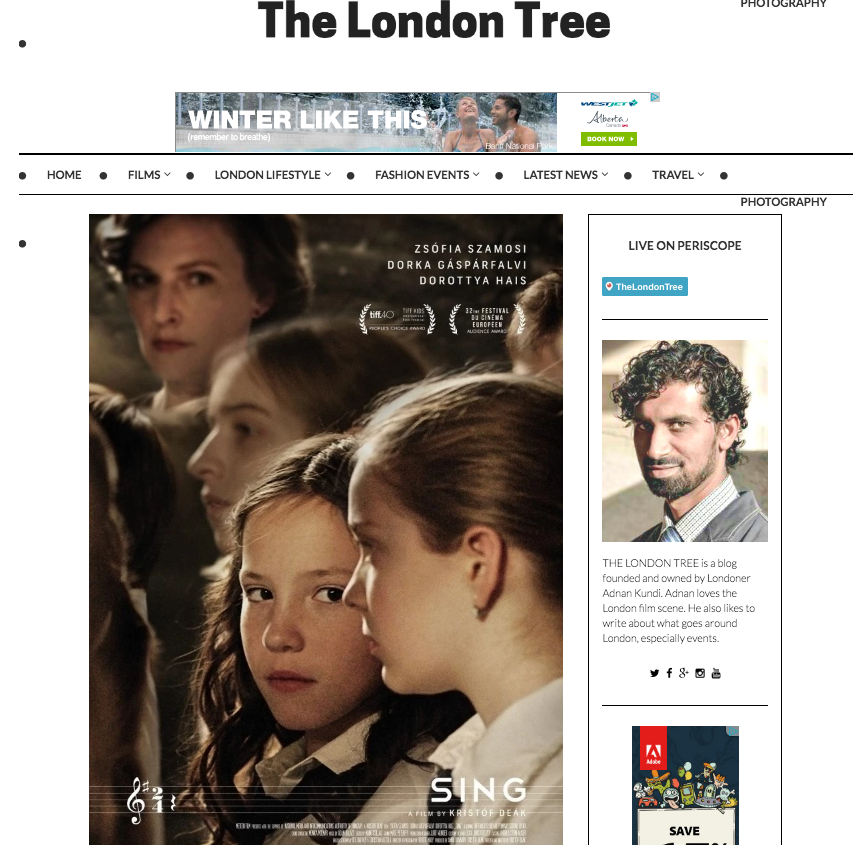 The film tells a true story of an award winning school choir in Budapest, Hungary. It brings into light the silent secrets of what children in a choir have to go through. Starring two bright child actresses Dorka Gáspárfalvi and Dorottya Hais, the director brings their characters together and makes them a force to reckoned with.

Director Kristof Deák in his short film focuses on a girl who is ambitious about singing in a choir, but as she joins it, she finds herself being rejected. As she is very young to understand what is happening, it is the first time that she is opening up to the realities of the world. At first it gives her the feeling of being ignored, but as time goes by, she suddenly finds a friend who is willing to listen to her and help her. Coming to terms with the situation, she and her friend notice that the challenge that they are facing is the same.

I must say, the performances of Dorka Gasparfalvi and Dorrotya Hais are quite exceptional. Both of them have given a very satisfying and in depth performances, doing justice to their characters. The film is also a musical, which shows that both of them have the ability to sing. The poster is quite good, which shows the main character being looked at by her friend who is there to help her, and her teacher who is a hidden obstacle in front of her. It is a visually stunning masterpiece, with beautiful music with a message of being strong and steadfast.

The short film has won numerous awards including the People’s Choice Awards in TIFF Kids, Canada and Audience Awards in 32eme Festival De Europeen, France. Now it has been shortlisted for the 2017 Academy Awards. Judging by the subject chosen, the in depth research of the story and the near to perfection performances, it seems that it will win the 2017 Academy Award after all. Let’s wish it good luck.